The UWC Out and About Group has invited BAIN Downtown to join them in a specially conducted tour of MALBA on Friday, September 23. The visit will be in English. Meet at MALBA at 5 pm for a 45 minute tour. Tea afterwards?

The number of attendees is strictly limited, so if you would like to attend, please RSVP right away to baindowntown@gmail.com to let us know you want to join us.

We invite you to enjoy a one-hour tour of the King Fahd Cultural Center in Palermo on Tuesday, September 27, at 3pm. The tour is especially for BAIN members. There will be no tour charge.

The address is Av. Ing. Bullrich 55 in Palermo.

Please RSVP to baindowntown@gmail.com to let us know you will be joining us.

We’d love you to join us for a visit to one of the oldest and still most spectacular views of Buenos Aires and lunch.

PALACIO BAROLO
Designed by Italian architect Mario Palanti for the businessman Luigi Barolo with many allegorical architectural references to classical poet Dante Alighieri´s Divine Comedy, Palacio Barolo is divided into three sections, heaven, hell and purgatory. Departing from hell, we’ll take the stairway to heaven, reaching the dome, which was inspired  by the indian temples Hawa Mahal in Jaipur and Rajarani in Bhubaneswar.

Inaugurated in 1923, the building was the tallest in South America until the construction of the Kavanagh building in 1935. It was also the first reinforced concrete building measuring more than 100 m and is topped by a searchlight which originally was able to communicate with a twin building, the Palacio Salvo, over the other side of the Río de la Plata in Montevideo, Uruguay.The Buenos Aires City Government undertook a restoration of the building in 2010, which included making the searchlight operational again, for the celebration of Argentina’s bicentenary.

Note there is some walking at the end of the tour up to the lighthouse via a spiral staircase.

Situated on the 16th floor of Palacio Barolo, decorated to recreate a 1920s ambiance, the Salon has two terraces and a lovely lounge.

We’d love you to join us for our last Arts and Culture event of 2019 – an afternoon at Fundacion PROA.

WHERE: Reception: Fundación PROA
WHEN: Tuesday 3rd December
MEETING POINT & TIME: 12:30 at PROA’s reception area, Av. Pedro de Mendoza 1929 y Caminito
HOW TO GET THERE: Buses 20B, 29B, 53, 64 or taxi
PRICE: 700 pesos per person to include entrance, lunchtime activity on Anish Kapoor’s work
LUNCH: Includes main course, a glass of wine, water, dessert or coffee.

Anish Kapoor
Sir Anish Mikhail Kapoor, CBE, RA is an Indian British sculptor specializing in installation art and conceptual art. Born in Bombay, Kapoor has lived and worked in London since the early 1970s when he moved to study art, first at the Hornsey College of Art and later at the Chelsea School of Art and Design. Kapoor’s Mother was an Iraqi Jewish immigrant who moved to India from Baghdad with her parents as an infant. His father, a Hindu, was a hydrographer for the Indian Navy, who spent much of Kapoor’s childhood on the ocean collecting data. His cosmopolitan and forward thinking parents sent him to a prestigious boarding school and by the time he was a teenager, he found it greatly challenging to fit in to Indian society. He credits 15 years of psychoanalysis to helping him understand his artistic journey which he began in London, later returning to India to find the roots of his art before returning to the UK an becoming a British Citizen.

While the quantity of work listed on his website is mind boggling link here, the exhibit has just a few installations, each unique and thought provoking. Kapoor gave a talk in 2017 at Usina del Arte in La Boca when he told a funny anecdote about a man who threw his glasses onto a black circle created by Kapoor stating “This isn’t art!!!” As his glasses fell into the void he had to swallow his words. A similar work forms part of this exhibition so I’d not recommend testing the same theory. We will talk about each of the works over lunch so that you will have a better understanding and appreciation when you see them,

FUNDACION PROA
As some of you know from our last visit, fundacion PROA is not a museum since it has no collection. Yet it brings some of the most important contemporary artists from around the world and has a new educational facility, PROA 21 a couple of blocks away.

CAFE PROA
On the top floor of the foundation building Cafe Proa looks over the Riachuelo inlet and the Iconic Loading Bridge Puente Transbordador Nicolás Avellaneda built in 1914 and now a national monument. You can also catch a glimpse of the top of the Bombonera, Boca staduim, if you go out on to the balcony.

For Sale, The Hair Salon, Back to School & other works by conceptual artist Leandro Elrich

We will begin at 12 midday with a look at one part of the exhibit, break for lunch at 12:30 and visit the remaining part of the show after lunch.

LEANDRO ERLICH
We will see how Erlich rethinks moments in our everyday lives and repackages them in magical funny, nostalgic and at times disturbing ways. From the laundry to the elevator, sitting in a hair salon, a puddle on the sidewalk, a triangular garden, an underwater gathering and a journey back in time to a classroom are creations of a brilliant mind, each creating a sense of illusion that gives us all, young and old alike, an opportunity to reflect and wonder.

Ninina Bakery is MALBA’s in-house dining space. At a community table, sharing plates and a glass of wine, we will play a Q&A card game related to the exhibit before heading upstairs to the second floor.

Hope to see you there.

A last minute chance has opened up to tour the Palacio San Martin.  Their schedule of official events makes it difficult to secure a tour opportunity, and we have gotten their attention!

This sumptuous mansion was designed by the architect Alejandro Christophersen, who was also responsible for the facade of Café Tortoni and for the Russian Orthodox Church in San Telmo. He was commissioned by Mercedes Castellanos de Anchorena, whose family would live in the house until the 1930s.

This tour in English promises insights and a close up view of an iconic building.

Where: English tour at Palacio San Martin, Esmeralda 1231.
When: Thursday May 16th, 2:45.
Merienda to follow for those interested.

A fantastic look at Argentine design since the turn of the 20th century leads us
to where we are today, and looks at the multiplicity, aesthetics, points of view
and vital issues that are revealed to us about the objects with which we coexist.
Lunch inside the PROA cafe or on the beautiful terrace weather permitting

NATIONAL MUSEUM OF DECORATIVE ARTS. Guided tour in English. The furniture, the art and the beautiful building itself make this tour well worthwhile.

Sintesis Tapas Asiaticas, 1.5 blocks from the museum. I just discovered this little gem. SPACE IS LIMITED to 12 people.

RSVP to jsharpegraf@gmail.com by Feburary 19

RETIRO, MUSEUM OF HISPANO-AMERICAN ART Isaac Fernandez Blanco. An eclectic little museum with a collection of sculpture and silver items from North, Central and South America, located in an old mansion set in lovely grounds. An oasis in the middle of skyscrapers.
WHERE: Suipacha 1422, between Libertador and Arroyo
WHEN: 13:00 Thurs. Feb.21, for a self-guided tour
COST: 50 pesos

DA MINGO, one of my favourites, good food, service and atmosphere
WHERE: Juncal 887, across from Argenta Tower (2 blocks from the museum)
WHEN: 14:00
COST: 500 pesos cash to be paid to Joanna, includes  tip, glass of wine, appetizer, main (choice of 5, including low carb options, desert or coffee or water.

MICROCENTRO – CASA ROSADA MUSEUM, museum located in the remains of the Fort of Buenos Aires
WHERE: Hipolito Yrigoyen just to the right and behind Casa Rosada.
WHEN: meeting time is 11:45 for the self-guided tour, you decide how much time you want to spend.
COST: free

CHINO CENTRAL, great food with some spicy options.
WHERE: Rivadavia 656 near Plaza de Mayo ( between Florida and Maipu. )
WHEN: 13:00
COST: 500 pesos cash to be paid to Joanna, includes cover, tip, drink, appetizer, main, desert or coffee. 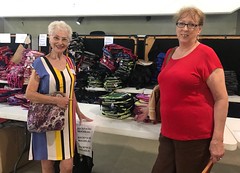 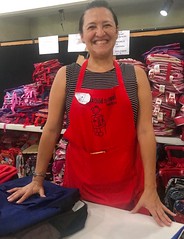 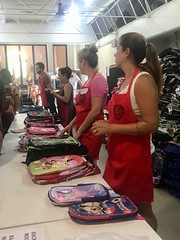 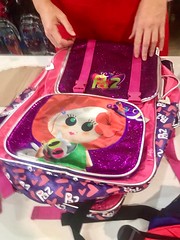 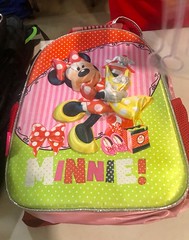